Call and Response: Rally Across Town 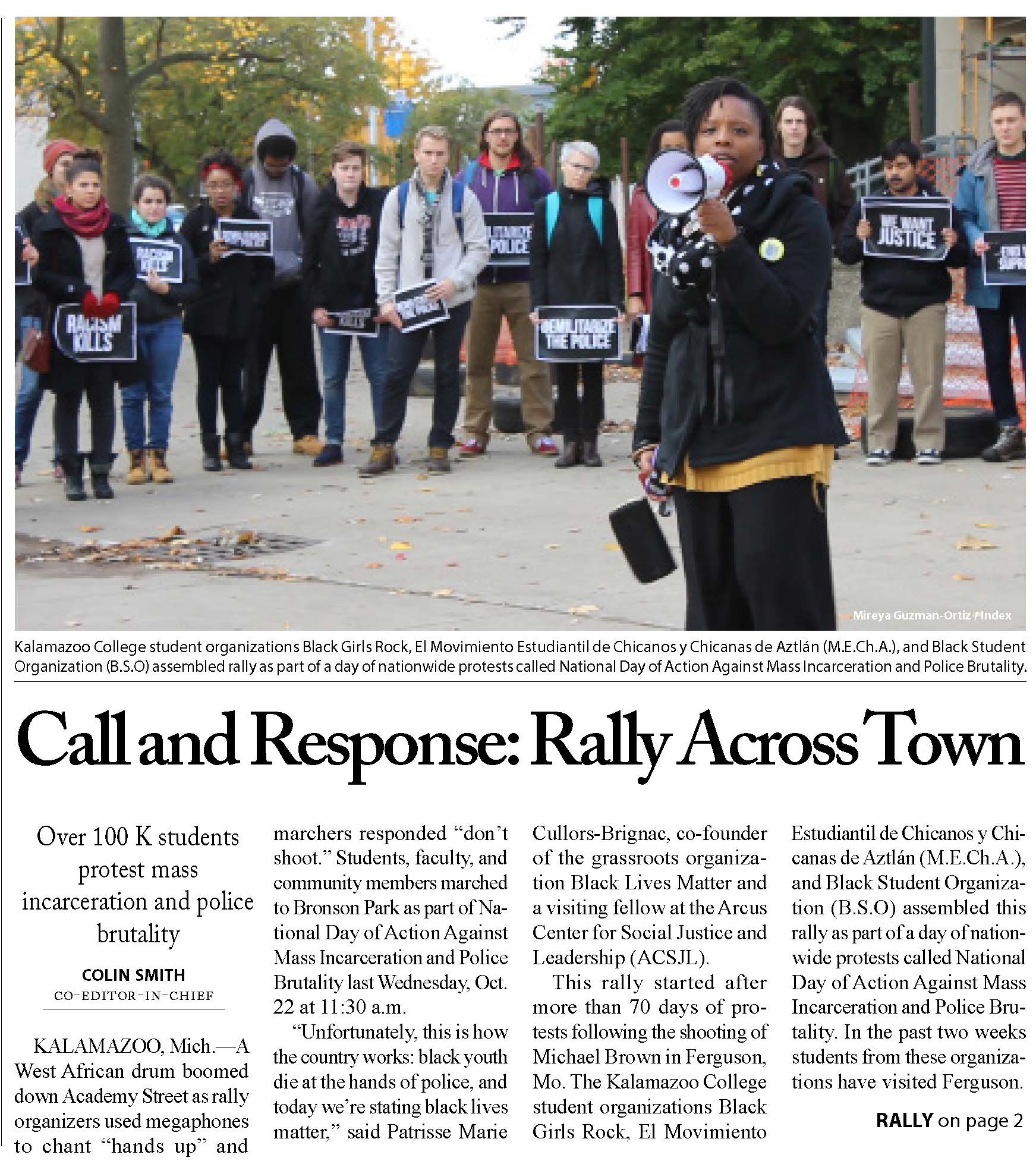 A rally for the National Day of Action Against Mass Incarceration and Police Brutality was held at Bronson Park on October 22, 2014. Speakers included Patrice Cullors-Brignac and Kalamazoo College student Rian Brown, Class of 2016. Cullors-Brignac at the time served as a visiting fellow at the Arcus Center for Social Justice and Leadership. She is known as a co-founder of the Black Lives Matter movement. This article was originally published in the October 29, 2014 issue of The Index.