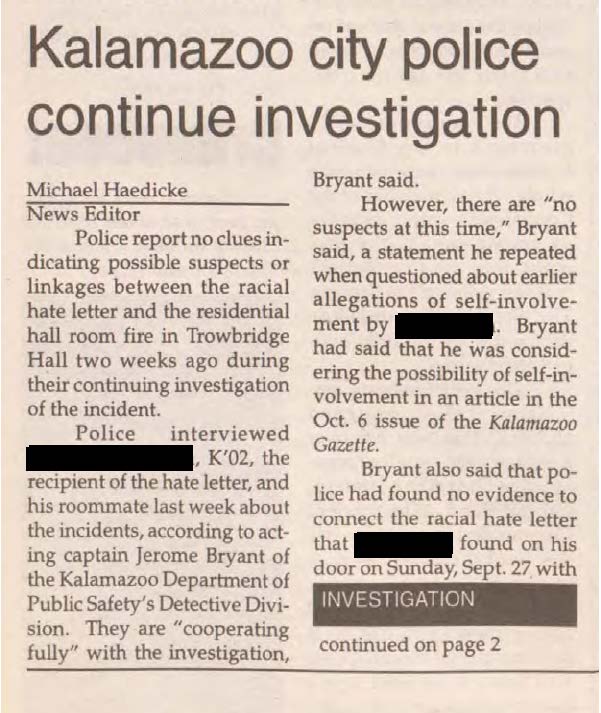 The October 14, 1998 issue of the student newspaper gives an update on the police investigation into the racist note and dorm fire that took place on campus two weeks earlier. In this article, the police captain, although stating that no suspects had been found, was questioned about a statement he made about the possibility that the victim was involved in the incident. The victim’s name was redacted to protect his privacy.