JavaScript is disabled for your browser. Some features of this site may not work without it.
Minstrel Shows, Vaudeville, and Other Blackface Performances 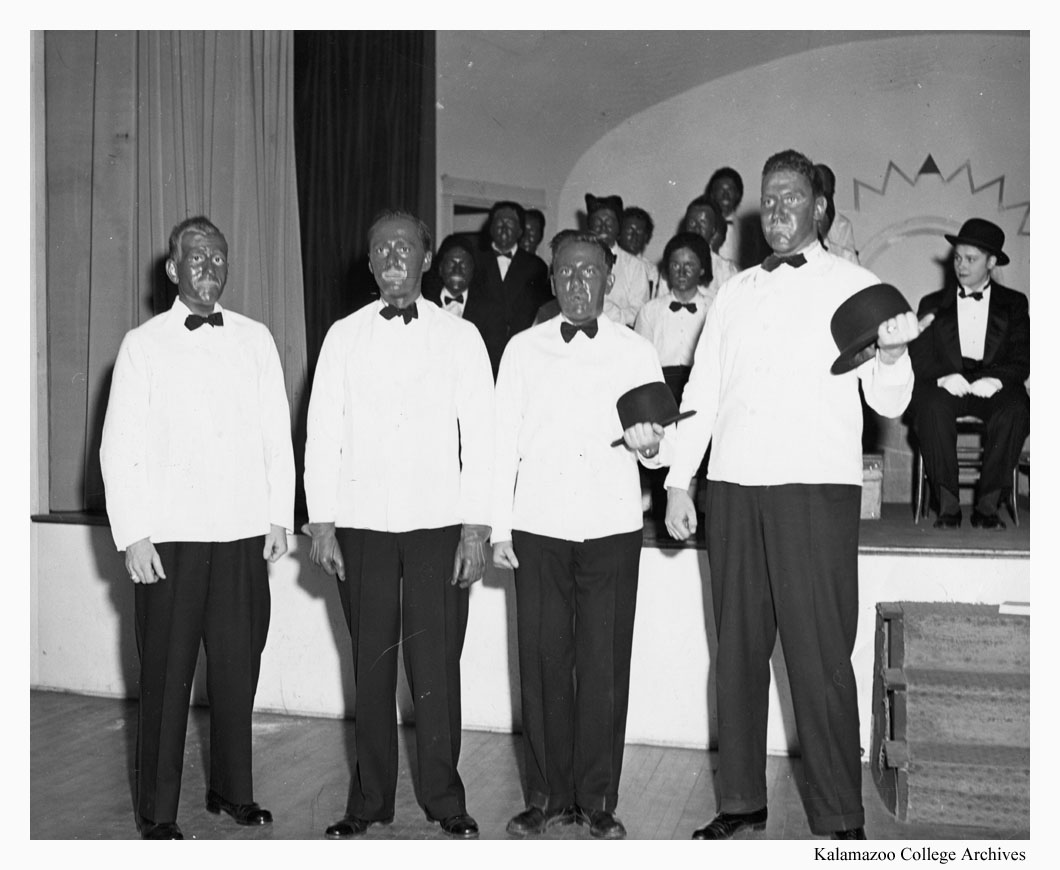 During the 19th and early 20th centuries, musical and theatrical performances such as minstrel shows and vaudeville were an accepted form of entertainment amongst the dominant white culture of the U.S. However, their popularity came at the expense of marginalized populations, mainly enslaved people and, after the Civil War, freed Black people. The stereotypes generated from these forms of entertainment persist today. Evidence of events at Kalamazoo College involving white performers in blackface and redface - the application of make-up to give the appearance of Black or Indigenous peoples - dates back to 1889. The proof is preserved in the College Archives in print photographs, student photo albums, yearbooks, and the student newspaper. Although troubling, these events are part of the college’s history and should be presented for all students, faculty, staff, and alumni to reflect upon. Displaying this collection of images is in no way a celebration of them.

All materials in the Kalamazoo College Digital Archive are subject to Title 17 of the U.S. Code.