Structural and Cultural Barriers to Contraceptive Use Among Hispanic Immigrants 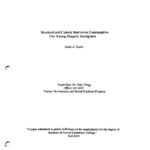