JavaScript is disabled for your browser. Some features of this site may not work without it.
Light Fine Arts Building 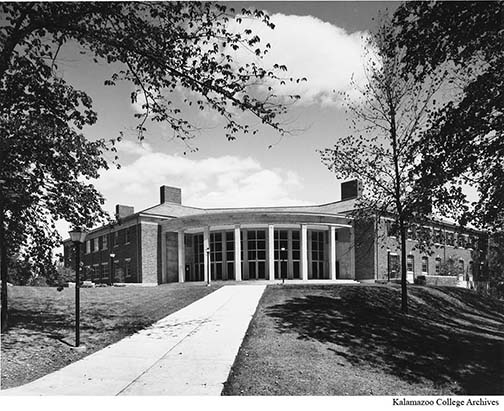 Opened in 1964, the Light Fine Arts Building houses the Departments of Theatre Arts, Music, and Art. Located within the building is the Dalton Theatre, named after Dorothy Upjohn Dalton, a former student and trustee of the College. It is an open theatre designed by James Hull Miller, which has seating for 400. FAB, as it is sometimes called, also has a smaller recital hall which seats 140. In addition to these facilities, the building includes classrooms, music rehearsal rooms, art studios and an art gallery as well as dressing rooms and a costume shop. Two other theatres are located in the building -- the Dungeon and The Playhouse. The Dungeon, an arena-style theatre, was built for experimental collaborations between students and faculty. In 1977, the Playhouse opened, which was constructed in the style of a thrust theatre, becoming the first of its kind in Michigan. It seats 300 people.