JavaScript is disabled for your browser. Some features of this site may not work without it.
Olds Upton Science Building 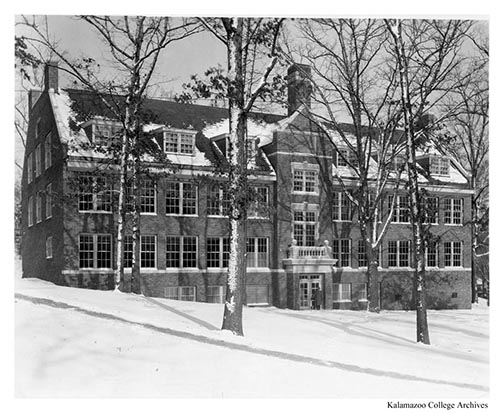 In 1927 Olds Science Hall was built with funds donated by the trustee R.E. Olds. It was built to house the Chemistry and Physics departments and included laboratories and classrooms. In 1956 the Upton Science Hall was built onto Olds. It was named after another trustee, Louis C. Upton, and it housed the Biology and Mathematics Departments. The Funds for the Future campaign allowed for Olds-Upton to be renovated in the 1980s. It was again renovated in the 1994-95 academic year. With the addition of the Dow Science Building, Olds-Upton is now used for the Physics, Mathematics, Computer Science, and Psychology Departments.