JavaScript is disabled for your browser. Some features of this site may not work without it.
Hodge House 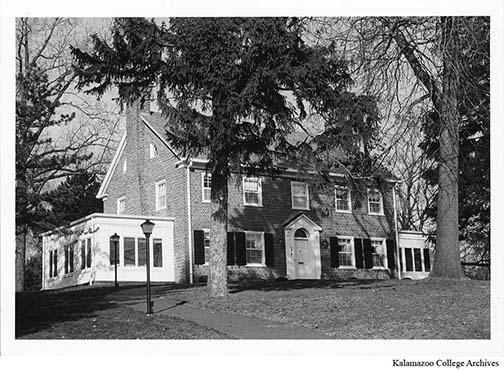 Kalamazoo College's President's House, also known as Hodge House or Nuss House. This home at 136 Thompson Street was originally built by Frederick M. and Edith G. Hodge. Mr. Hodge taught Latin at the College briefly, and was a member of the Board of Trustees from 1896 to 1932. The Nuss family became owners in 1948, and the College purchased the home from Mrs. Nuss in 1964. For many years, it was used for student housing, and was known as Nuss House. When it became the official President's House in 1983, following extensive renovations, its informal title reverted to Hodge House, after its original owners.