JavaScript is disabled for your browser. Some features of this site may not work without it.
Dow Science Center 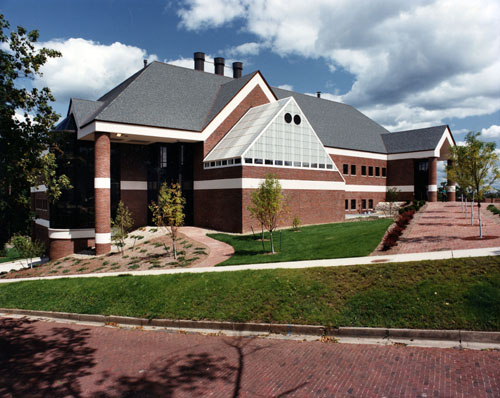 Plans for the Dow Science Center began in April 1989, with construction being finalized in May 1992, and an official dedication and opening being given on October 31, 1992. The 63,500sq. ft. building, named after the largest donor, The Herbert H. and Grace A. Dow Foundation, was designed by Tower Pinkster Titus Associates, Inc. at a total cost of $10,065,000. The purpose of the building was to expand and update science facilities which were at the time being housed in Olds-Upton Hall. Dow Science Center contains offices for faculty in biology, chemistry, and health sciences. The building contains nine course laboratories, 11 research laboratories, four classrooms and lecture halls, and 38 support spaces such as a greenhouse and a chemistry research library. The building was designed in a red brick Georgian-style, fitting the theme of other buildings on campus. It is located at the corner of Thompson St. and W. Main St.