JavaScript is disabled for your browser. Some features of this site may not work without it.
Stowe Tennis Stadium 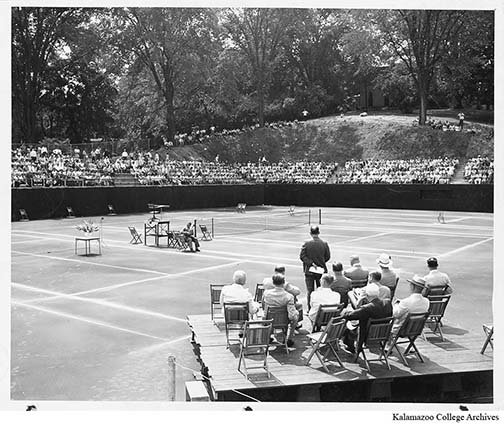 Stowe Tennis Stadium was constructed in 1946 and named after tennis coach and Professor of Chemistry, Dr. Allen B. Stowe. Originally, it included nine clay courts which were resurfaced in 1964 with a green fibrous asphalt. Lights for nighttime use were added in 1964 while two more courts were added in 1979. The courts were again re-surfaced in 2006, this time with a Deco Turf II blue surface. The seating capacity of the stadium is 3,500 people. Stowe Stadium is located at the corner of West Main Street and Acker Lane.